‘Twas The Night of the Load Out 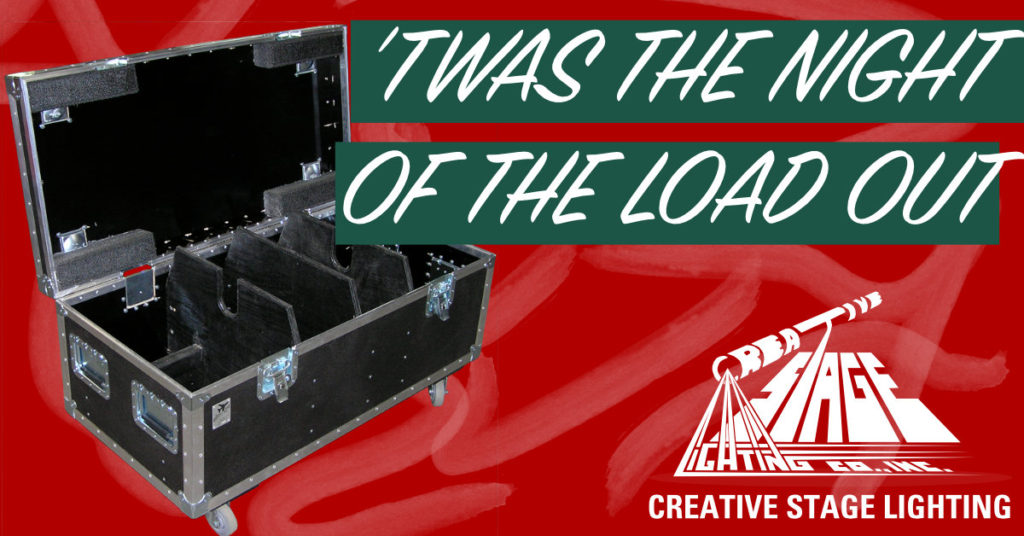 ‘Twas the night of the load out and all through backstage
Not a creature stood still, the crew all engaged
A late night was later, a delayed load-out
One guy was so mad he got a case of the gout!

The cases were lined up and ready for gear
To take down from truss and placed in, no fear
“Unhook the safeties, unmount the clamps
Deal with that pile, shake off your cramps”

As the movers were held, surrounded with foam
Rolled away in a Northern Case, on their way home
“Load these in Santa’s truck” the crew chief yelled out
“You know the drill…first in, last out.”

“Now on crew members, on techs, and you – video guy
Don’t pretend you don’t hear me, don’t even try
The sooner we’re done, the sooner we’ll leave
And back to our loved ones on this Christmas Eve”

The gear was all loaded, the truss taken down
Ready for the next gig over in the next town
The crew chief looked out on this truck of lights
and said “Merry Christmas to all, and to all a good night!”

Get CSL In Your Inbox